The History of Midland Hotel 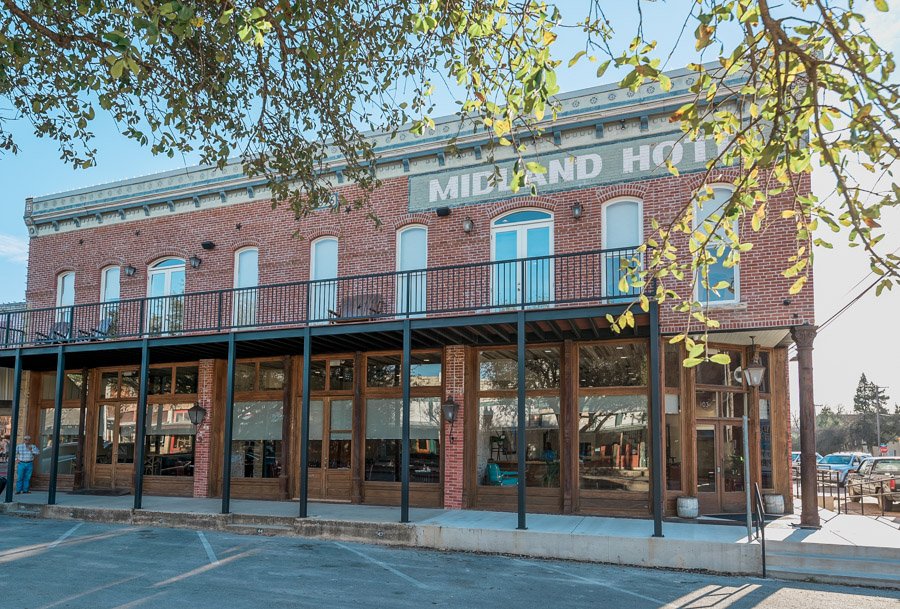 On June 14, 1891, it was reported that Joel Fisher's Hotel was nearing completion. The brick work was almost done, and the project was about to be turned over to the carpenters. Although it wasn't referred to as such, the structure must have been the Midland Hotel, as there weren't any other brick hotels in Hico.[232]

News from the October 25, 1891 Fort Worth Gazette: "The travelling men who go to Hico will be glad to learn that Mrs. Stovall, late proprietress of the Hotel Stovall, and the most popular hotel woman in West Texas, has purchased and moved into the 'Midland' and desires to meet all her old patrons in her elegant new quarters.""[237] A few years later after visiting the Midland, the editor of the Abilene Reporter offered unstinting praise: "Mrs. Stovall who conducts the Midland hotel placed us under obligations that we shall not soon forget by attentions to our little sister...We doubt whether a more homelike and attractive hotel can be found than the Midland at Hico. Beautifully furnished, spotlessly clean, the table bountifully supplied, large and airy rooms, this house, presided over by a most pleasant and hospitable lady must be a haven to the traveler."[238][FN3]
The proprietress of the Midland Hotel was Lula (Tolula) Stovall, widow of James Nelson Stovall, who passed away in 1887. According to U. S. census records, Mrs. Stovall was still running the hotel as late as 1910. In the 1900 census, Mrs. Stovall, her two daughters, a porter, a cook, 2 waitresses and 7 boarders were listed as residents of the Hotel. One of those boarders, Bank President Robert Dorsey, was also listed as such in the 1910 census. Stovall and Dorsey later married.[303]

Why the Midland Hotel bears the date of 1896

"One of the most disastrous fires Hico has ever known occurred at that place last Tuesday night [June 16, 1896]. The fire was first discovered about 12 o'clock issuing from the livery stable occupied by Sam McDermott. This, being a frame building filled with hay and other inflammable feed stuffs, was quickly consumed and the flames communicated to the Midland hotel, only a narrow alley intervening, and in less than three hours nearly all the fine brick and stone business houses east of Pecan and between First and Second streets were a total ruin."[279] [FN7]